“Isn’t it fun when the blogging world and the real world collide and come together.”.  . At least I think that is what my new friend Ellie said.
You probably know her from the blog Shine!.
She and her family not only moved from Australia to the state I live in, they moved to a town about 15 miles from us.
How cool is that? 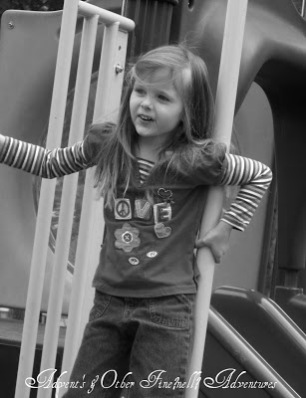 On Monday Elizabeth and I set out to meet Ellie and her daughter Tia at the park. 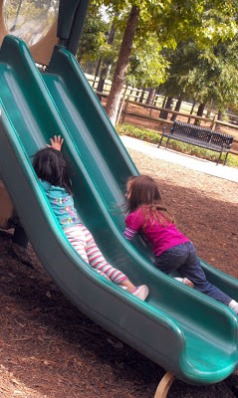 Tia’s mom and I hit if off right away. As Ellie said, we have been leaving comments on each other’s blogs for awhile.  We kind of already know each other.

However, it took a little while for the girls to be comfortable enough to loosen up and play. 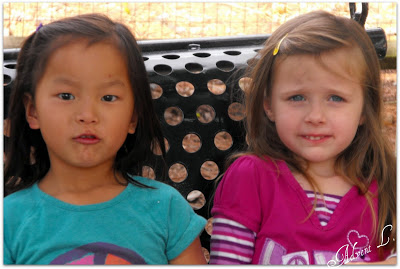 I am sure these too little girls are going to be great friends in time. They seem to have a few things in common. . . They share the same July birthday month. They are both four years old and they have older siblings that just adore them. 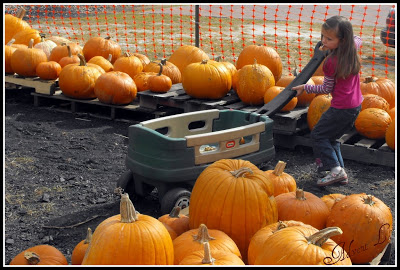 After the park Elizabeth and I went to the giant pumpkin patch in town and shared some thoughts about the day. We walked around, looked at the pumpkins and talked about things.
AND 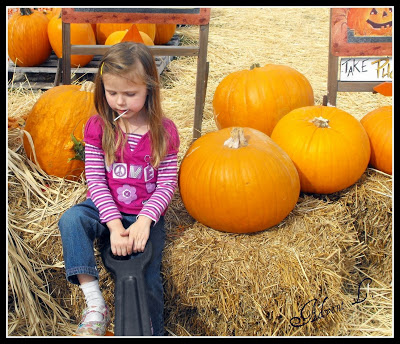 My little thinker thought about things.  Later on that day, she told me she decided three things. 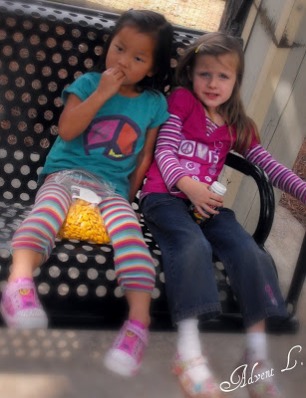 One: It will be nice to have another little girl to play with sometimes.
Two: Tia will be a good new friend to have.
And most importantly THREE ~ When she saw my pictures she decided, “Our shirts look much better with color on them.”

Go and see The Long Road to China’s addition. . . The road just got shorter.